The Algerian National Hub of the WestMED Initiative with the support of WestMED Central Team and the collaboration with other National Hubs of France, Tunisia and Italy organized a National Event, under webinar format. This Maritime Cluster event was held on 9 December 2020 and brought together about 67 participants from Algeria and other countries.

In order to foster the establishment of national Maritime Cluster in Algeria especially for fisheries sector, it was very crucial to share experience between countries where Clusters are already operational like Tunisia, Italy and France. Through this event, discussion on how building a strong and collaborative network activity between essential actors at local and national level. The panelists discussed the ways and mechanisms of organization and implementation of Maritime Fisheries Cluster, with a view to creating an operational framework for bringing together key players in this sector, in particular investors, local actors and researchers.

This virtual meeting on Maritime Fisheries Cluster was also the opportunity to discuss on how development of socio-economic activities through job creation and investment in high added value services through across a range of sectors in the Blue Economy in Algeria. In the way, Panelists, were showing the various funding opportunities that exist through cooperation with the European Union, including the support offered under the WestMED Initiative.

Download the PowerPoint presentations of the Algerian national Event on Fisheries

On September 23, 2020, the event ‘Opportunities for the Blue Economy in the Western Mediterranean’ was held virtually, the first national event that the WestMED Initiative Assistance Mechanism has organized in Spain through its executing arm in the country (Spanish National Hub- Dra. Marta Pascual) and in collaboration with the Spanish Maritime Cluster (CME) and the Ministry of Foreign Affairs, European Union and Cooperation and the Ministry of Agriculture, Fisheries and Food as national coordinators of the WestMED Initiative.

The event served as a meeting point for agents of the Spanish blue economy, in order to inform them about financing and cooperation opportunities in the field of the blue economy from the perspective of the WestMED Initiative, highlighting 3 European projects as examples of sustainability, innovation and good practices and deepening into the discussion on new funding opportunities for projects in the blue economy for the post-2020 period (2021-2027).

The event was structured in 4 sections, which are included in the Final Event Agenda (Agenda):

1) An introductory part with a video presentation by the Honorary President of the Spanish Maritime Cluster (Mr. Federico Esteve Jaquotot) and a brief introduction by the national coordinators of the WestMED Initiative (Mr. Jaime del Olmo, Mrs. Lara Ventas and Mr. José María Solano).

2) A second part where the Spanish National Hub of the WestMED Initiative (Mrs. Marta Pascual) presented the Initiative, the Assistance Mechanism and the opportunities and services offered to Spanish agents in the area of the blue economy.

A total of 172 people registered for the event (168 from Spain + 4 Internationals from Belgium) of which a total of 104 finally connected to the event and around 90 people actively participated during the entire event.

Among the participants we find representation between the autonomous communities of the Western Mediterranean and the maritime sectors present in the different communities. In total, the event brought together a total of 112 organizations / institutions / agencies from Spain as well as two international organizations (EASME and the Junta de Andalucía Delegation in Brussels). The final list of organizations represented at the event can be downloaded through the following link.

During the last part of the event, the participants had the opportunity to send questions to the speakers.

The WestMED Initiative and the WestMED Assistance Mechanism would like to thank all the agents for their participation, the speakers for their interventions, and especially EASME and DG MARE for piloting the Initiative.

On 25 and 26 June 2020, the WestMED Italian National Hub, with the support of the National Coordinator and the WestMED Central Team, gathered over 200 stakeholders online. These were spread over four different sessions: two plenary thematic sessions in the morning and two networking sessions in the afternoon.

Parallel to the National Event, the WestMED Technical Group on Green Shipping held its second online meeting, advancing on the definition of possible common project ideas on a better use of LNG and clean energies in maritime transportation.

On 25 June, the topic of the day was Maritime Spatial Planning as a tool to enhance any harmonic Blue Growth in Italy and in the Western Mediterranean. It included the state of play of the Italian process towards the March 2021 target of the MSP National Plan and its importance for the Metropolitan Coastal cities, the infrastructures for energy and maritime transport, the combination between human coastal activities and the preservation of maritime habitat.

On 26 June, the need to identify a new sustainable model for tourism was in the spotlight, with a focus on trying to offer the sector a sustainable perspective, mitigating the current impact of COVID-1 and adapting to the new scenario imposed by the accelerated climate change.

As a second initiative, since the signature of their cooperation agreement, Italian and Tunisian maritime clusters held a b2b session and focused on four main topics: high maritime education and VET, Maritime Surveillance, Fishing and Aquaculture, Nautical sector. This in order to already define some priority actions to be implemented from September onwards.

Considering the appreciation expressed by the stakeholders, the Italian WestMED National Hub and WestMED National Coordinator foresee the opportunity to implement further occasions of networking, as a follow-up of the emerged partnership opportunities.

On 30 June 2020, more than 20 stakeholders from Mauritania gathered online to discuss the Blue Economy concept.

This national event was  organised by the WestMED Assistance Mechanism in cooperation with the National Coordinator in Mauritania of the WestMED Initiative at the Mauritanian  Ministry of Fisheries and Maritime Economy.

It was a first of its kind meeting on the Blue Economy in Mauritania where many different organisations and institutions were represented from the private sector, the public sector and the academic world.

Next to an exchange of views, 10 ideas were identified that can be focused on to take the Blue Economy concept in Mauritania to a next stage:

The National Hub Mauritania, together with the National Coordinator will study these initial ideas in more detail  and decide on a path forward.

Resources of the event: Agenda, Opening presentation(in French), Video-recording of the event

The National  Hub Tunisia of the WestMED Initiative organized on 30 June 2020 in Tunis, the national event on ” The blue economy in Tunisia” which brought together more than 100 people including government officials, the European Union delegation in Tunis, companies, associations,  academics and researchers.

The purpose of this event was to advance the WestMED Initiative and to support Tunisia in developing a sustainable blue economy strategy based on modernising traditional sectors such as fishing, tourism, maritime transport … and promoting emerging sectors such as marine biotechnology, aquaculture, pesca-tourism, clustering, exploitation of of fish products and renewable energies linked to the sea, etc.

At the opening of the event, and after the presentation of the WestMED Initiative by the Tunisian National Hub, Mr. Chokri Ben Hassen, Tunisian Minister for the Environment, Ms. Sophie Vanhaeverbeke, head of cooperation at the Delegation of the European Union in Tunisia and Mr. Sabri Chaabani, national coordinator of the project underlined their common vision of a sustainable blue economy in Tunisia and the Mediterranean. A modern blue economy based on an alliance between the states bordering the Mediterranean. An alliance for the implementation of the road map of the “Green deal”, the European green pact promulgated by the European Union in response to the economic crisis that we are going through with Covid19.

The speakers recalled the many maritime assets of Tunisia including more than 1,650 km of coastline, a maritime area of ​​135,000 km2, a very large infrastructure in commercial ports and fishing ports, a quite varied maritime and port professions, an active artisanal fishing fleet, a very developed seaside activity and the majority of foreign trade (95%) which transits by sea.

However, several weaknesses need to be addressed. They concern in particular the fragility of sensitive maritime areas, the density of international shipping traffic not far from the coast, with potential risks of accidents and pollution and poor coordination between the many stakeholders in the sea.

Elements of an integrated maritime policy and a blue economy strategy have been proposed with action plans for several sectors. These plans were the subject of a very rich debate with a strong intervention of the civil society which insisted on the need for the protection of the environment against the pollution of plastics, ships and industrial waste and to face illegal fishing, especially off the Mahdia-Gulf of Gabes area

Finally, speakers supported the idea that Tunisia can benefit from all sectors of the sustainable blue economy. It can thus transform its development model with research, investments for economic, social and environmental activities with high added value offering numerous opportunities for qualified jobs. They insisted on cooperation with the European Union and other international institutions to make this objective a reality. 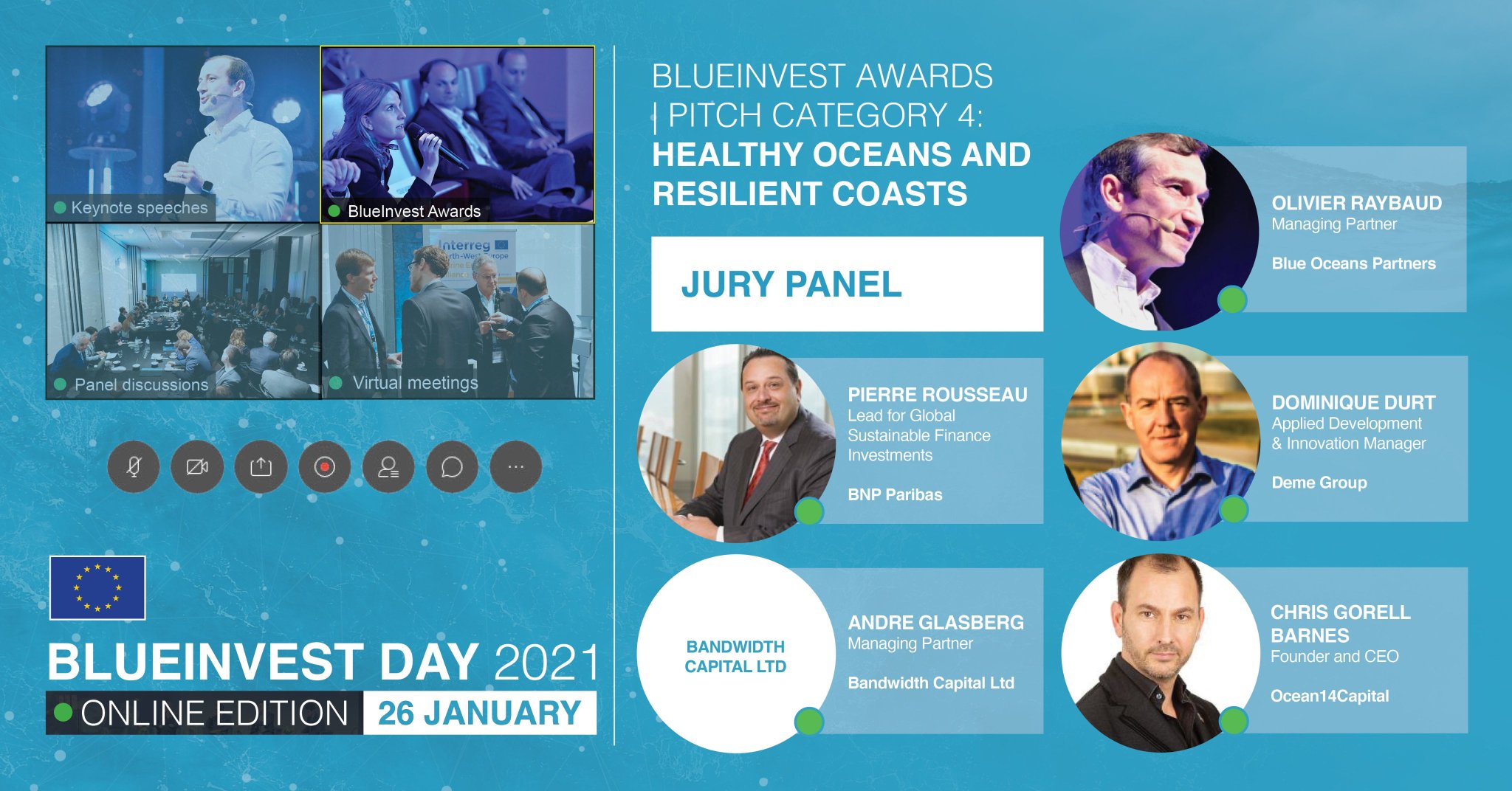 #Webinar "A blue dimension 💙 to the Green Deal 🌱 The way towards a sustainable recovery of the blue economy in Europe" Designed by @Searica_ITG to conclude the feedback process on the EC #Roadmap on sustainable #blueeconomy Info & registrations ➡️ https://t.co/l95B3SNRVz https://t.co/jt9gyhZaBi 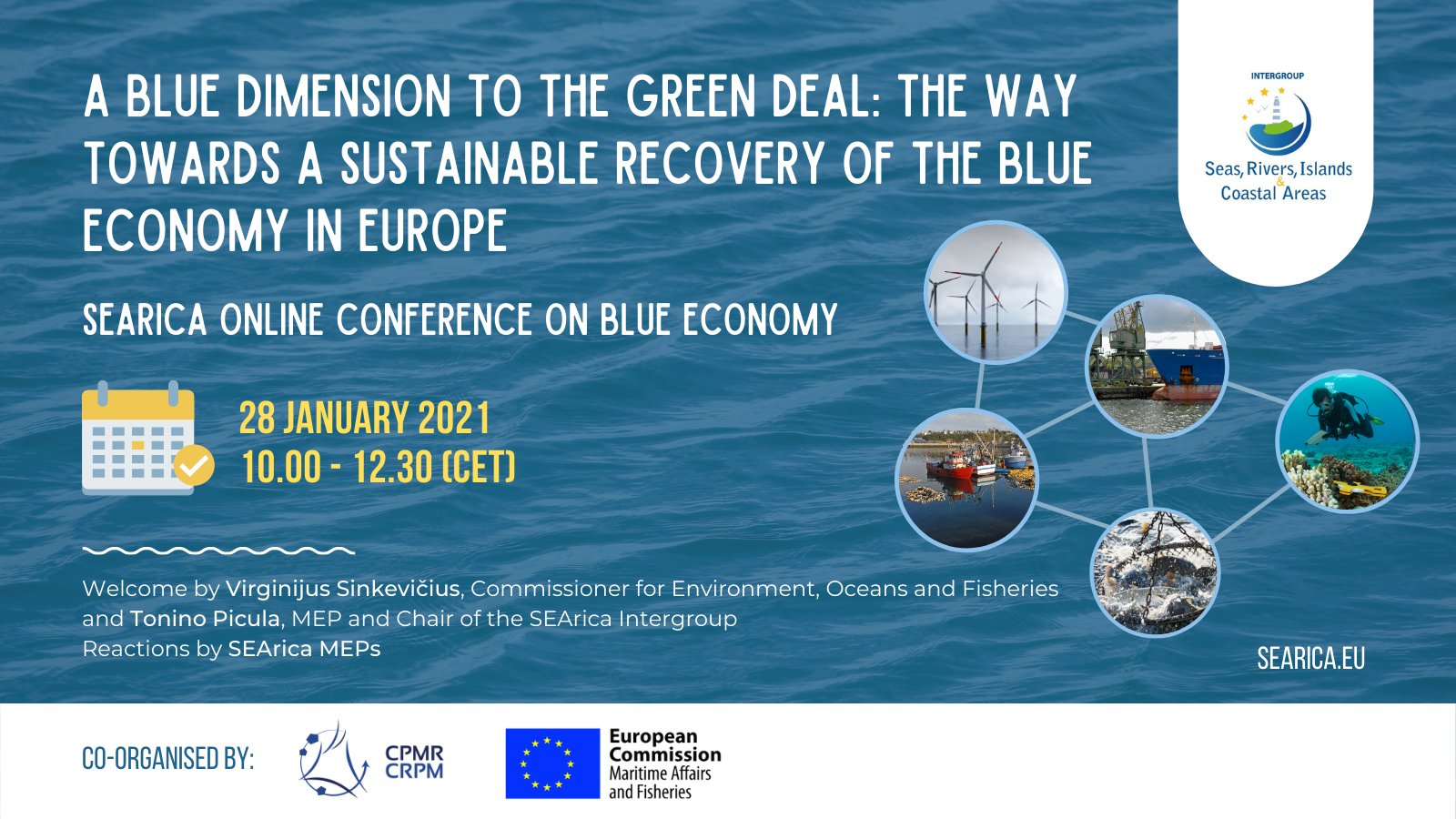 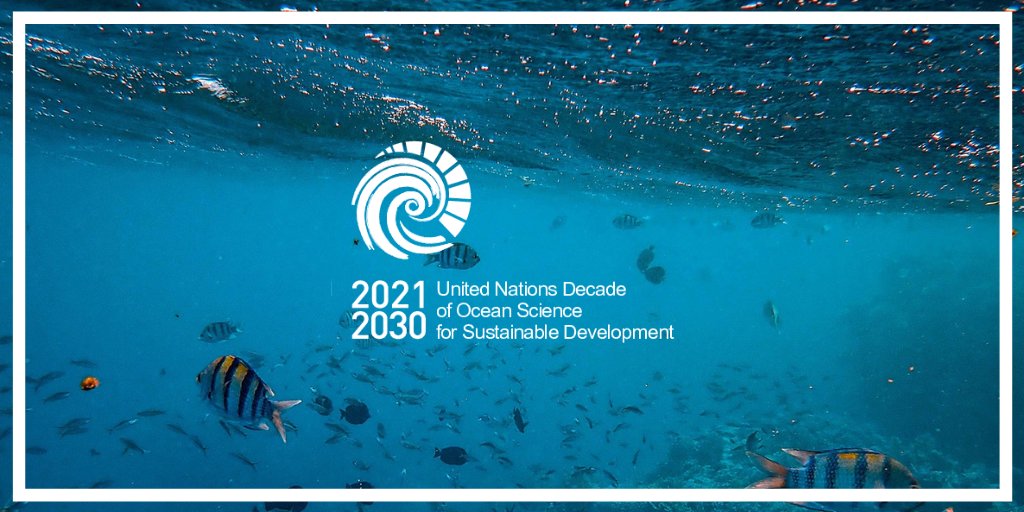 @ecoMagNews: We are looking for people to contribute to our #OceanDecade special in partnership with @UNOceanDecade @UNEP @IocUnesco @UNESCO. Please tag and share with people who you think will want to get involved! Deadline 25th January. Information on submissions https://t.co/6bW7Zh1aNp https://t.co/DzYXsOdjSh 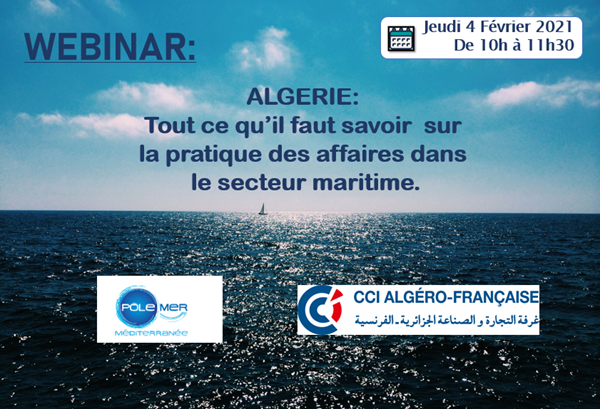 Panel: New technologies and skills for the maritime professions

– Mr Miguel García-Herraiz, Deputy Secretary General for Water & Environment, Secretariat of the Union for the Mediterranean

Panel 1a: A smart and innovative western Mediterranean basin
Scroll to top